Former Kogi Senator, Dino Melaye has been invited to speak at the Minnesota State University Moorhead (MSUM), African summit in the United States.

Senator Dino Melaye will be a key speaker at a summit which will take place on 30th April. It is expected that many Africans in America will attend the event.

The African students will host the event at the Glasrud Auditorium in the University. Melaye who posted the invitation letter has not stated his availability.

According to the organizers of the event, the summit which will duel on the future of African Governments will hold between 3:00 and 10:00 pm.

Described as a terrific speaker in the invitation letter, Melaye’s lecture will be streamed live on the internet and later re-broadcasted on US Television stations.

The goal of the summit is to see Youth taking over Government seats in Africa. Dino Melaye who is still in his 40s has achieved a lot in politics in Nigeria.

The former Senator who boasts of numerous Degrees was first a House of Representative Member before joining the upper chamber, Senate, in 2015.

In 2019, Melaye made an unsuccessful run to contest for Kogi Governor, he lost PDP primaries. He later lost his Senate seat after his election was annulled.

Senator Malaye will be accompanied by a Personal Assistant provided by the Minnesota State University Moorhead during his short visit, the letter indicated. 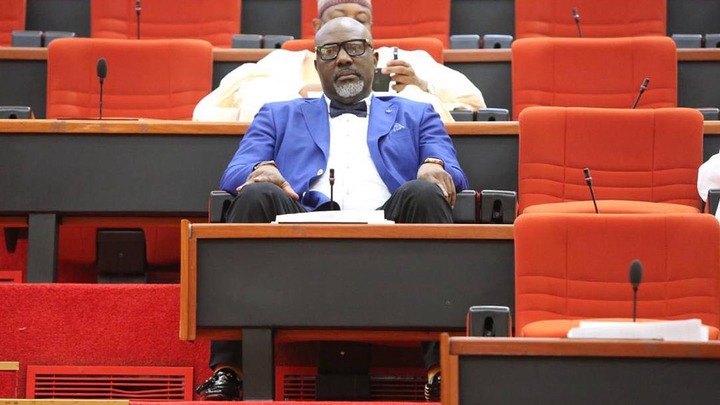